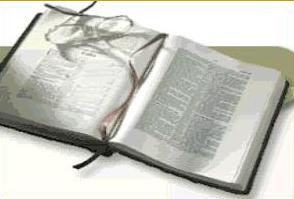 Doctrinal Statement
Concerning The Scriptures I believe the Holy Bible, as originally written, was verbally and plenarily inspired and the product of God through Spirit-controlled men, and therefore is truth without error for its content, and is the only infallible rule for all human conduct, creeds and opinions. I hold that the King James Bible of 1611 best represents the majority of manuscripts (TR) and is the only reliable and trustworthy translation of God's Word preserved for the English speaking people.

I believe there is only one living and true God, infinite in every excellence; that in the unity of the Godhead there are three Personal distinctions - the Father, the Son, and the Holy Spirit - yet One in substance and equal in every Divine perfection.
I believe in the absolute Deity of the Son, the Lord Jesus Christ; that He was Divine as no other man can be, being very God of very God, existing from all eternity co-equal with the Father and the Spirit; that He never ceased to be God for one instant, that His humiliation did not consist in the laying aside of His Deity; that as a man He was miraculously begotten of the Holy Spirit and born of the virgin Mary.
I believe the Holy Spirit is a Divine person, equal with the Father and the Son, and of the same substance and nature; that He convicts of sin, unrighteousness and judgment, bears witness to the truth, is the Agent of the new birth; and that he seals, endues, guides, teaches, witnesses to, sanctifies and helps the believer, indwelling in every true child of God.
Concerning Satan I believe in the distinct personality of Satan, that he is the unholy god of this age, author of all powers of darkness and sin, and is destined to the judgment of an eternal justice in the lake of fire.
Concerning Creation I believe God created the heaven and the earth, including all life which "after his kind", by direct act, and not by any process of evolution.
Concerning The Fall Of Man I believe man, in the person of the first Adam, was created in innocence, but by voluntary transgression fell into sin, thus plunging the whole race into condemnation and death; so that now all mankind is born in sin and shapen iniquity and become willful sinners with the first expression of personal choice; and so are without excuse before God.
Concerning Redemption From Sin I believe the only escape from the condemnation of sin is through the redemption wrought by Jesus Christ when He voluntarily took upon Him a human body and nature, yet without sin. By his suffering, death and resurrection made all satisfaction to the justice of God for the sin of man. The blessings of this salvation are given on the grounds of grace to all who believe and confess, and that is the immediate duty of all to accept these offers of mercy.
Concerning Salvation By Grace I believe faith in the finished work of the Lord Jesus Christ is the only condition of salvation from sin, and this salvation is wholly by grace; that no works, however good, make that salvation more secure. I believe that all who take Christ as their Savior are born from above and are eternally secure in Christ.
Concerning The Church I believe God's plan is through the local church, which is a congregation of immersed believers associated by covenant of faith and fellowship of the gospel; observing the ordinances of Christ; governed by His laws; exercising the gifts it has. The local church has the absolute right of self-government directed by the Holy Spirit, and is answerable only to Christ; and that in all matters of membership, policy, government, discipline and benevolence the will of the local church is final.

Concerning The Ordinances
I believe in two church ordinances: Baptism and the Lord's Supper. I believe baptism is the immersion of a believer in water in the name of the Father, and of the Son and of the Holy Spirit, and is properly called "believer's Baptism." It sets forth in a beautiful and solemn way our faith in a crucified, buried and risen Savior, with the effects of that faith in our lives producing death to sin and resurrection to a new life.

I believe the Scriptures teach that the Lord's Supper is a provision of bread and fruit of the vine as symbols of Christ's body and blood, partaken of by the members of the church in commemoration of the suffering and death of their Lord "till He comes" showing their faith and participation in the merits of His sacrifice and their hope of eternal life through His resurrection from the dead; its observance to be preceded by faithful self-examination.
Concerning The Righteous And The Wicked I believe there is a radical and essential difference between the righteous and the wicked; that only such as through faith are justified in the name of the Lord Jesus Christ, and sanctified by the Spirit of God, are truly righteous in God's esteem; while all such who continue in impenitence and unbelief are in His sight wicked and under the curse; and that this distinction holds among men both during life and after death, in the everlasting conscious felicity of the saved and everlasting conscious suffering of the lost.
Concerning The Return Of Christ I believe in the bodily, personal, premillennial return of Jesus Christ; that He will, before the seven year tribulation period, catch away His church, coming only into the air; and that He will come with His saints at the close of the tribulation to judge the living nations and to set up His kingdom on earth.
Concerning The Resurrection I believe in the resurrection of the bodies of the dead. Believers who have died will be raised at the coming of Christ for His church and caught up with the transformed living saints to meet the Lord in the air. The wicked dead will be raised at the close of the Millennial Kingdom and stand in their bodies at the Great White Throne of Judgment to receive their final doom.
Concerning The Lord's Day I believe the Scriptures teach that the first day of the week, Sunday, is the Lord's Day and is to be kept sacred to religious purposes by the devout observance of the day.
Concerning Civil Government I believe civil government is of Divine appointment for the interests and good order of human society; that magistrates are the be prayed for, conscientiously honored and obeyed, except in things opposed to the will of our Lord Jesus Christ. I believe in the separation of government from the church and in religious liberty for all men.
Concerning Marriage I believe in the sanctity of marriage, that it is an institution ordained of God, a relationship between one man and one woman, Divinely intentioned to be severed only by death.
Concerning Sanctity Of Life I believe in the sanctity of life. It begins at the moment of conception and ends when the spirit leaves the body. Any artificial means to terminate life is an abomination to the Lord and is morally wrong. This includes, but is not limited to abortion and euthanasia
Concerning The Charismatic Movement I believe the modern day "man made Charismatic Movement" including the use of tongues and prophesying is not scriptural and has no place in the Bible believing New Testament Church.